If you’d like to learn more about Cecil, please submit your details.

We will be in touch soon to discuss how Cecil can support your team.

Oops! Something went wrong while submitting the form.

Blue Carbon: leveraging the power of our coastlines 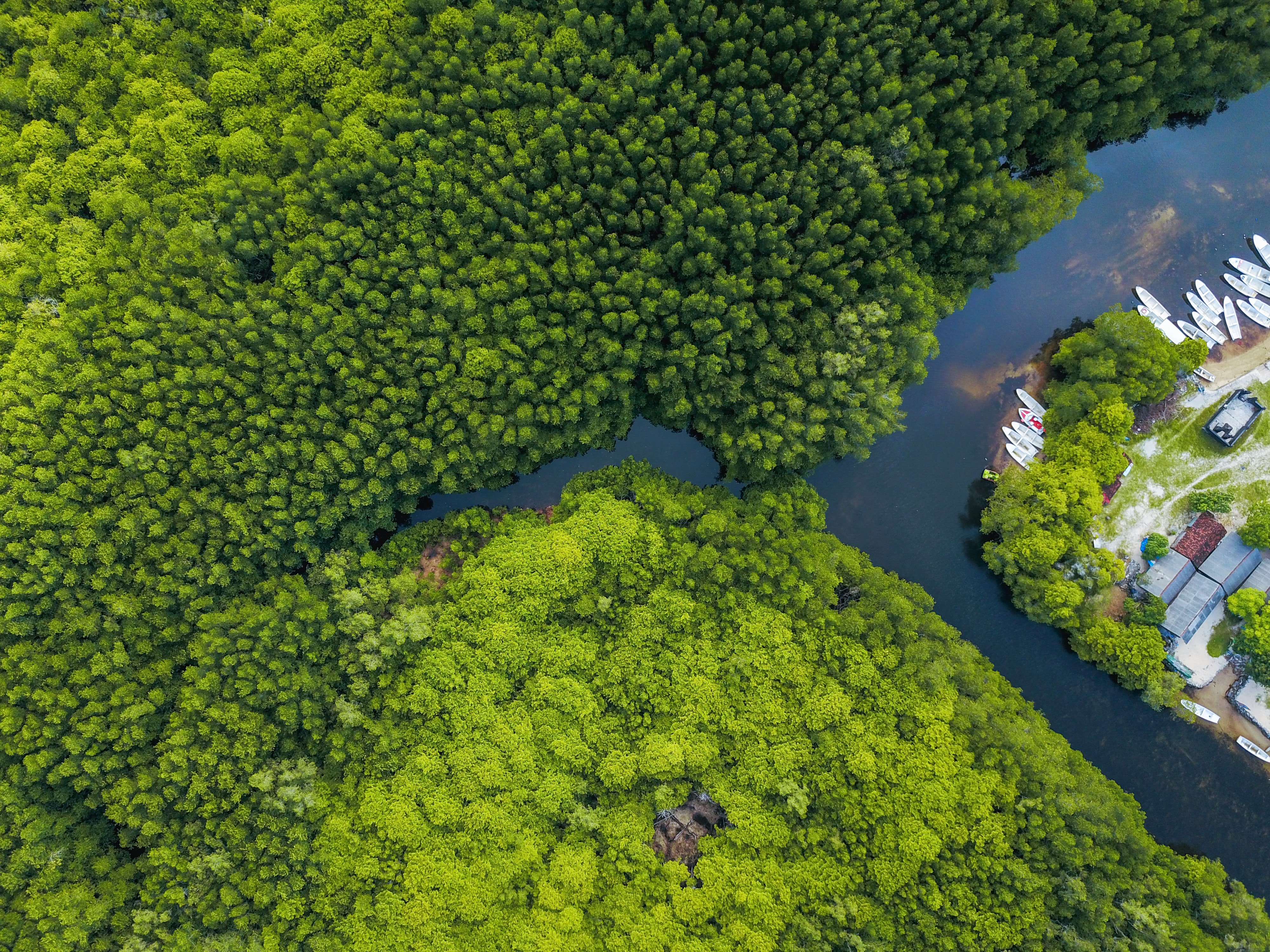 Last week, the Delta Blue Carbon Project announced the sale of its first tranche of 3 million blue carbon credits to Microsoft, Carbon Growth Partners, Trafigura and Respira International. Located on the Arabian Sea in Pakistan, the project has been named as the largest mangrove restoration project in the world.

This breakthrough comes just months after COP26, where the Business Alliance to Scale Climate Solutions (of which Netflix, Salesforce, Disney are founding members) highlighted blue carbon as a featured workstream and key focus area.

As momentum builds around this fascinating natural climate solution - we explore what Blue Carbon means for the climate fight today and why the world’s investors are starting to take notice.

What is blue carbon?

Blue carbon describes the organic carbon captured and stored in coastal and marine ecosystems located around the world.

Coastal ecosystems such as mangroves, salt marshes, and macro-algae/seagrasses cover approximately 49 million hectares of the Earth and are examples of blue carbon assets.

There is growing recognition that the Earth’s coastal and marine zones are among the most efficient natural carbon sequestration ecosystems in the world.

Some studies have suggested that mangroves can drawdown substantially more carbon than their terrestrial counterparts on a per unit basis (4 x more than rainforests!).

Blue carbon ecosystems are also rich reservoirs of carbon - storing it in living biomass and underlying sediments for long periods of time. In the case of undisturbed mangroves or seagrass meadows, this can be for millennia.

For scale, the graph below shows the carbon stored by salt marshes vs temperate forests on a per unit basis.

Sadly, blue carbon ecosystems are also among the world’s most threatened biomes - heavily degraded after decades of coastal development, pollution and harmful fishing practices and are at risk of becoming net emitters of carbon. This is what makes protecting and restoring these natural assets such an interesting opportunity, as we continue working to turn problems into solutions to reach climate goals in the coming decades.

Our coasts come with ‘core benefits’

In addition to the critical role blue carbon ecosystems play in taking atmospheric carbon out of the sky, they also create value for local fisheries, economic livelihoods and local community resilience.

For the 60 coastal villages within the Delta Blue Project area, for example, restored wetlands have led to improved livelihoods and employment opportunities for more than 49,000 people (defined as smallholder or marginal groups).

Mangrove ecosystems also contain a great variety of biodiversity, that when allowed to flourish, can provide invaluable ecosystem services and help mitigate rising sea levels and storm surges across large areas of the planet. Attempts to place a monetary value on the overarching benefits of mangroves alone have suggested a figure in excess of US$ 180 billion.

The turning tide for ocean and coastal restoration

Funding marine and coastal restoration is still a relatively nascent story, but one that is evolving quickly. The timeline below shows the progress made in the last decade in coastal restoration and indicates that we are rapidly approaching an inflection point.

As the global economy continues to respond to its nature-related impacts and dependencies, it’s clear that Blue Carbon is set to play a pivotal role in our transition towards becoming a ‘nature positive’ global society.

With innovative financing mechanisms quickly materialising around this powerful natural solution - funding is beginning to replace hope in our battle to protect the Earth’s oceans and coastlines.

Stay updated with what’s going on at Cecil as we grow.
✅ Thanks for signing up!
Oops! Something went wrong while submitting the form.